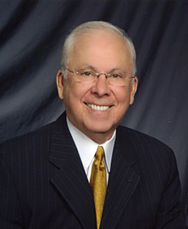 Dr. Bill Taylor is the founder of Unlimited Partnerships, and the visionary behind this unique ministry. In 2006, as an immediate response to the devastation that Hurricane Katrina wrought on the churches of New Orleans, Dr. Taylor developed a vision for mentoring seminary students that would help these devastated churches spiritually rebuild and grow again.

Dr. Taylor is married to his wife, Rose, and they have two sons and five grandchildren. Dr. Taylor lives in Dallas, TX where he is a member of Prestonwood Baptist Church and leads the ministries of UP and BT&A. He is a sought-after speaker and consultant for churches of all sizes.