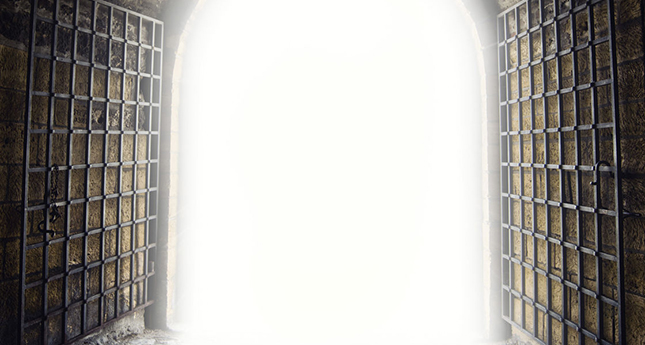 In Acts 12, we learn of renewed persecution against the early church. Herod Agrippa 1 had James, John’s brother, slain with a sword, and he went after Peter as well. His efforts to seize Peter took place around the time of the Passover, so Herod arrested the fisherman-turned-church-leader. He planned to bring the apostle to trial after the Passover, and in the meantime, he put him, not just behind bars, but also under heavy guard. Peter was guarded by “four squads of four soldiers each” (Acts 12:1-4, NLT).

The church offered “constant prayer” for Peter (v. 5). The word translated constant in this verse appears just one other place in the New Testament. It is translated as fervent in 1 Peter 4:8, where it refers to the word love. This Greek word carries the idea of intensity, although the events surrounding Peter’s escape are consistent with the church’s offering up frequent prayers as well. Prayer warriors know from experience that intense prayers are offered frequently, and that prayers offered frequently are intense. 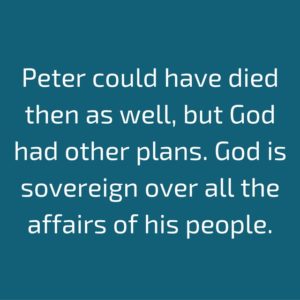 God heard and responded to the church’s petitions. On the night before the day he was scheduled to go to trial, Peter was sleeping. Two chains held him fast to two guards, and other guards were present, guarding the door (see v. 6). “An angel of the Lord” appeared and a light flooded the prison (v. 7). The angel hit Peter in the side, presumably waking him, if he weren’t awake already. The Greek word translated struck in verse 7 conveys the idea of hitting with a blow, but the impact of the blow doesn’t necessarily have to be forceful, even though it can be. The angel “raised him up”—meaning he aroused Peter—and then gave him clear and specific instructions.

Let’s make some observations from this event that can perhaps help us put a handle on how God operates.

What happened next? Plenty—and there are valuable lessons for us in that part of the story as well. Stay tuned.

Scripture quotations marked NKJV have been taken from the New King James Version®. Copyright © 1982 by Thomas Nelson. Used by permission. All rights reserved.